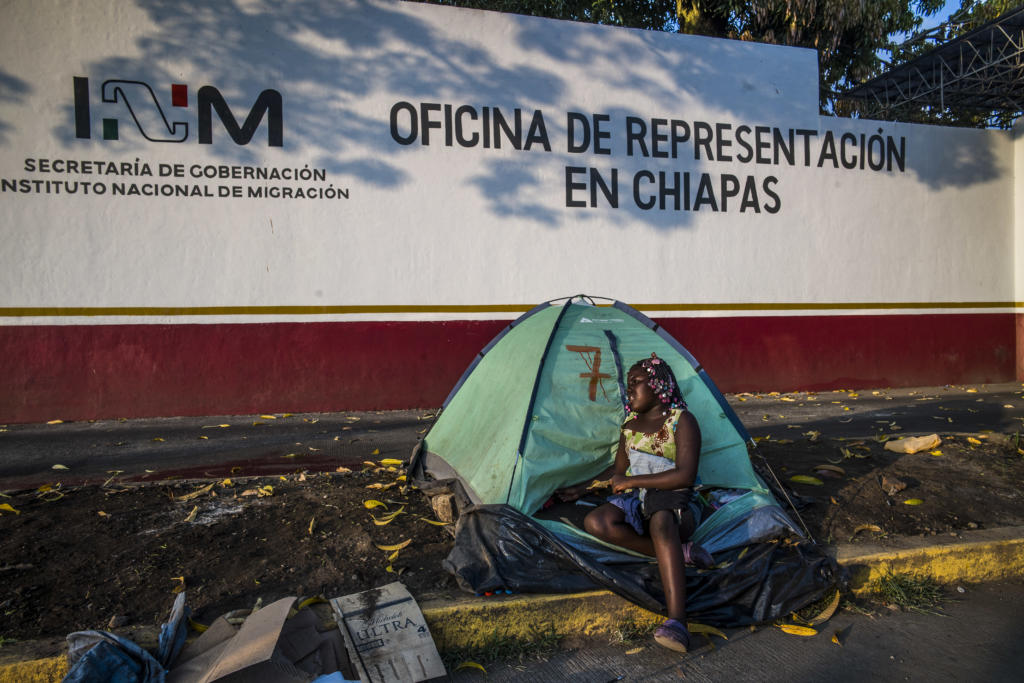 On January 9, the North American Leaders’ Summit kicked off, consisting of US President Joe Biden, Canada’s prime minister Justin Trudeau, and Mexico’s President Andrés Manuel López Obrador. One topic that will surely have been discussed is the current migrant humanitarian crisis along the US-Mexico border. As multiple countries across South America are experiencing instability, conflict and poverty, millions are fleeing to the USA. In 2022, the US experienced a total of 2.76 million border crossings.

Over the last few years, US-Mexico international policy has led to several harmful and disastrous policies that have put the lives of migrants at risk. Under Trump’s administration, the ‘Remain in Mexico’ policy forced thousands of asylum seekers to remain in Mexico until their US immigration court date. Asylum seekers were left in dangerous conditions that exposed them to kidnapping, sexual assault, exploitation and violence. Biden continued the policy until June 2022, after mounting pressure regarding the human rights violations that occurred under this policy.

Unfortunately, Title 42 is another appalling policy that remains in effect. Set to end in December 2022, the Supreme Court ruled to keep it in effect just days before it was to be terminated. Title 42 clearly violates international refugee law, barring asylum claims under the guise of ‘public health’. This law has allowed US border officials to deport asylum seekers without ensuring their safety, which has led to thousands of migrants to be returned to Mexico and other South American countries where they may face risks of rape, violence, trafficking and more.

The US policy at the border has been incredibly harmful to the lives and health of millions of migrants. However, its influence does not end at the border. While it has negotiated with Mexico to put these two policies into effect, it has also pressured Mexico to enforce its policies within the country in the hopes of stemming migration flow, at the great detriment of oncoming migrants. 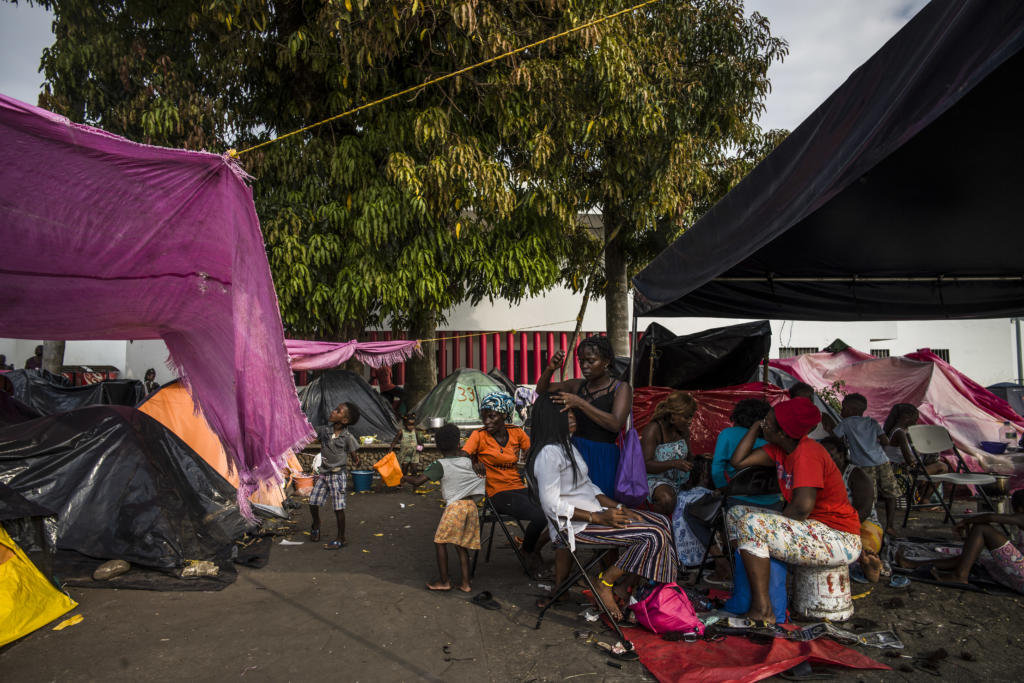 In order to stem the flow of migrants at the US-Southern Border, the United States has pressured Mexico to strengthen its southern border, using trade and threatening tariffs as a motivator. In spring 2021, the Biden administration struck an agreement with Mexico, Honduras and Guatemala to temporarily increase security forces along their borders in order to reduce the flow of migration to the U.S. border. President Obrador deployed nearly 30,000 soldiers alongside immigration agents to apprehend undocumented migrants throughout Mexico. This has nearly doubled the confrontations between migrants and security forces, and many migrants have reported cases of violence, intimidation and corruption. The militarization of Mexico’s southern border is not a humane response to this humanitarian crisis, rather it will only result in further harm and trauma that migrants have already experienced when fleeing their homes. 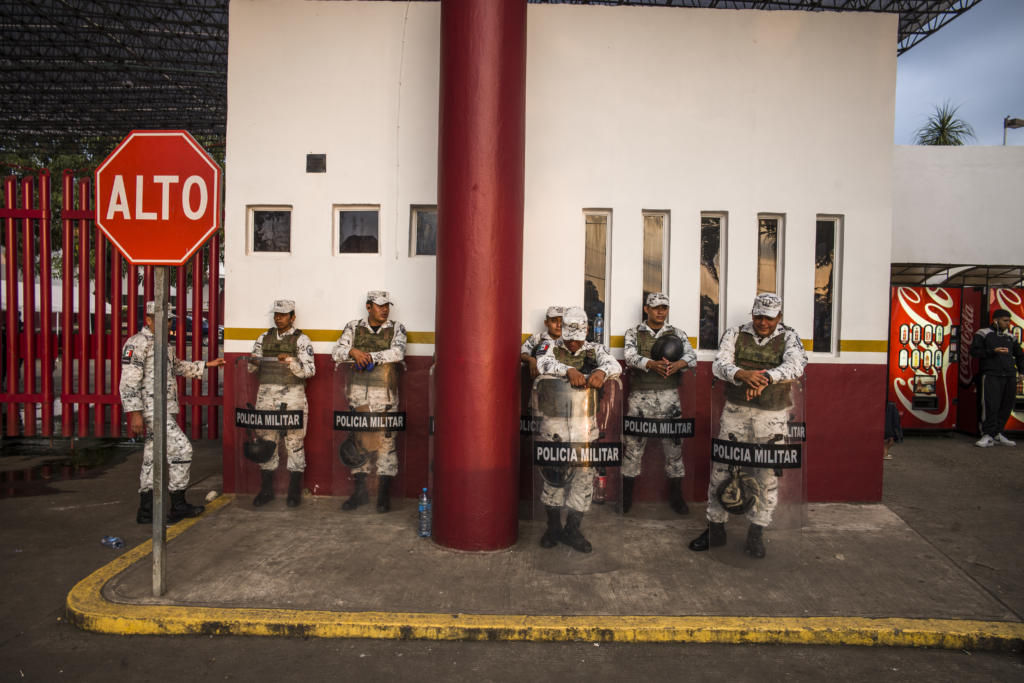 President Obrador has made more immigration restriction and enforcement efforts to try and meet US pressure. Over his term, new visa requirements have been implemented that have made it harder for Brazilians, Venezuelans and Ecuadorians to travel to Mexico. He has also imposed restrictions on domestic travel, including requiring proof of immigration status for domestic bus trips and flights.

Along with trying to stem the flow of migration, the Biden Administration has been pressing Mexico to accept more migrants, especially from Cuba, Nicaragua and Venezuela. However, the refugee andasylum process in Mexico is seriously overwhelmed and flawed, much like the United States.

There are a few key issues when it comes to seeking asylum in Mexico from accessing protection to applying for refugee status. The majority of asylum seekers enter Mexico undocumented, fleeing violence from their home countries. However, due to the reputation of Mexico’s National Migration Institute (INM), they fear requesting protection at an official border crossing at risk of being deported or discriminated against. There are frequent reports that INM agents try to dissuade migrants from seeking refugee status and pressure them to accept voluntary returns to their countries, even if they face serious risks upon return.

Once across the border, many do try to apply for refugee status, but this leads to a series of new challenges. Many INM officials refuse to give refugee status believing that they will use this status to head to the north of Mexico and seek asylum in the USA. Furthermore, the Mexican Commission for Refugee Assistance (COMAR) is completely overwhelmed, unable to manage the huge rise of migrants requesting refugee status. In 2021, COMAR received more than 130,000 requests but only processed 38,005.

Conditions at the Southern Border

The process for refugee status can take months and require migrants to stay in Tapachula, which has earned the name of a ‘migrant-prison’. Opportunities to work are limited, conditions are poor, and shelters are overwhelmed since migrants cannot leave the city without proper documentation. In a Danish Refugee Council survey of migrants in Tapachula in 2022, they discovered that 81% of children were not enrolled in schools and half said they were unable to afford medicine and were unsure of how to access medical treatment. Reports of violence, kidnappings, exploitation and abuse of migrants are widespread.

Should migrants attempt to leave the city and go north on a bus, they will be quickly detained at a checkpoint, where they are required to present their documents to an immigration officer. In fact, throughout Mexico there are many checkpoints that request documentation and without it, migrants can face deportation or detention centers. For those that were unable to obtain a humanitarian visa, they usually end up at the region’s largest detention center, Siglo XXI, which is rife with corruption, abuse and neglect. While the Mexican Supreme Court has ruled that these checkpoints are unconstitutional and racist, they are still widely practiced throughout the country.  INM has already arrested nearly double the number of migrants in 2022 compared to 2021, and this number is expected to continue to grow, further exacerbating the terrible conditions in the prison. Human rights watch groups are investigating several cases of torture, sexual, and physical abuse by INM officers in Siglo XXI.

Once across the border, many do try to apply for refugee status, but this leads to a series of new challenges. Many INM officials refuse to give refugee status believing that they will use this status to head to the north of Mexico and seek asylum in the USA. Furthermore, the Mexican Commission for Refugee Assistance (COMAR) is completely overwhelmed, unable to manage the huge rise of migrants requesting refugee status. In 2021, COMAR received more than 130,000 requests but only processed 38,005.

Mexico is overwhelmed and ill-equipped to handle this humanitarian crisis

Overall, Mexico is facing pressure from both sides. Thousands of migrants are entering through its Southern border while the USA is deporting thousands more to its northern border due to Title 42. In 2022, the US deported 299,000 people into Mexico from Guatemala, Honduras, and El Salvador, despite the reports stating that conditions are poor in Mexico, with high risks of kidnapping and extortion.

The United States decision to outsource US immigration enforcement to Mexico has led to serious cases of violence, abuse and exploitation. It has further forced migrants to wait in horrific conditions while trying to seek protection. Both Mexico and the United State must review their asylum process, ensuring that migrants receive protection, care and shelter. The United States, rather than pushing Mexico to stem the flow of migrants reaching the US border, should instead collaborate with Mexico and other governments to create a more progressive regional plan that ensures protection and a safe, human-rights based approach to migration. Meanwhile, Mexico must also make sure that COMAR receives the funds it needs to process the incoming refugee status requests, while also allowing them to leave Tapachula and provide shelters elsewhere so that the city does not remain overwhelmed and unable to provide for migrants.

The New Humanitarian | As numbers rise, the hardships of migration through Mexico multiply