The cross-border aid mechanism that allows the delivery of humanitarian aid to Syria from the Bab al-Hawa crossing point which had been renewed through the adoption of Resolution 2642 by the UN Security Council, is set to expire today on January 10, 2023. It is up to the Security Council to decide if they will renew this resolution.

After 12 years of conflict, the situation in Syria remains the world’s worst humanitarian crisis since it began. A positive decision by the Security Council is crucial to avert a humanitarian catastrophe but is clearly insufficient alone. It is urgent to find more durable solutions in this multi-crisis context to effectively sustain life-saving interventions for millions of Syrians.

Today, more than 12 million people are in urgent need of help in Syria. Clean water is scarce and its consequences are devastating. A cholera outbreak is underway (reaching 61,671 suspected cases in December 2022), while it also leads to continuous internal displacements and food insecurity. With a record level of 12.1 million people experiencing food insecurity, the cases of severe malnutrition have considerably increased, particularly for children. People living in camps often lack adequate shelter or heating supplies to face the winter, and they have no alternative than campfires which can be the cause of serious fires that decimate camps.

The security situation also continues to worsen with an increase in attacks and bombings. The WHO has reported a total of 30 attacks on healthcare. As a result of these attacks, 25 people, including 3 healthcare providers and 5 patients, were killed and 66 people injured. The types of violent attacks   reported include obstruction to health care, psychological health violence, intimidation, and violence with heavy weapons. Both North West Syria and North East Syria face terrible humanitarian crises.

As this critical picture is the result of nearly 12 years of war, the humanitarian crisis is far from over. Despite this, Syria is beginning to fall off the international agenda. The disastrous economic situation, insufficient rainfall, and severe drought-like conditions that have resulted in food insecurity, water crisis, and cholera outbreak have only increased this humanitarian ordeal. Several main facts still continue to aggravate this humanitarian crisis: the COVID-19 pandemic and the war in Ukraine paving the way for a global economic slowdown and the repatriation of funds to it.

Among the millions of women, children, and men in need of humanitarian assistance and protection, more than 2.3 million depend on the monthly support they receive under the cross-border assistance. Cross-border delivery means an average of nearly 600 truckloads of food, medicines, sanitation, and hygiene items. While the needs are at their highest point in northern Syria, amidst the war, a cholera outbreak, and incoming winter, a failure to renew the resolution would be a humanitarian tragedy.

Maintaining this lifeline is critical for millions of people in Syria. However, while UN cross-border aid cannot be substituted, more permanent solutions need also to be implemented to complement this vital lifeline. The reauthorization is critical but clearly remains insufficient at a time when the humanitarian situation in Syria is at its worst. Complementary solutions such as cross-line deliveries – which is aid delivered across domestic frontlines from Syrian government-held areas into areas outside government control –  and early recovery efforts must be also supported.

Despite the 11 years of humanitarian efforts in terms of immediate and fundamental needs, the situation of the Syrian population has not improved, and it has even deteriorated due to many external factors. Alongside emergency aid, it is time to also think about implementing long-term projects to ensure development and resilience in the region for the self-respect and future prospects of the people of Syria 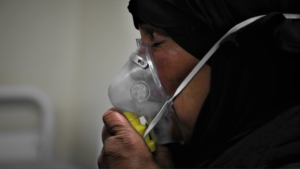 No Peace of Mind – Palestinian Mental Health Under Occupation