International Migrants Day: Influx of Unaccompanied Minors along the US Southern Border - Doctors of the World 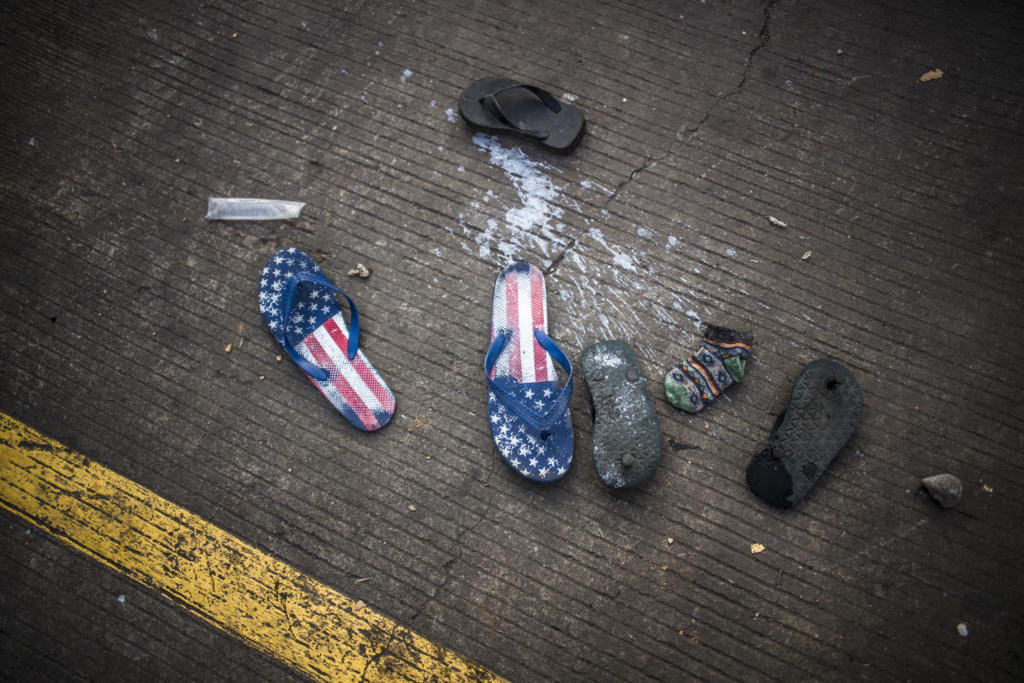 The United States has seen a surge in migration in the past year as COVID-19 restrictions have begun to ease up, with one group in particular seeing a rapid increase: unaccompanied minors (UAC). Encounters with UAC rose from 30,557 in FY2020 to 144,834 in FY2021, with another 130,000 recorded as of October 2022. While 75% of UAC range between the ages of 15 to 17, there have been reports that children as young as 6 or 7 are traveling alone. According to the US Customs and Border Protection (CBP), about two-thirds of UACs come from the Northern Triangle of Central America (El Salvador, Guatemala, and Honduras), often fleeing difficult conditions in their home countries. The journey they take to reach the USA is incredibly dangerous, many of them are subjected to terrible exploitation en route and are left to deal with the trauma of their experiences. That is why it is so critical that once they are placed in US custody, they receive the care they deserve.

Reasons behind sudden rise in UAC?

South and Central America has experienced a lot of issues in the last few years. Particularly in the Northern Triangle where there has been a serious increase of gang warfare and corruption that has forced many minors to flee for safety.  A recent survey of 400 UAC from this region, conducted by the UNHCR stated that the majority of children were forcibly displaced due to life-threatening harm. Most of the other UAC come from Mexico, where homicide rates have reached near-record levels due to the ongoing war against gang-cartels.

Poverty further forced many families to make the difficult decision to send their children alone. Before COVID-19, nearly 60% of the population of Guatemala lived in poverty, with similar rates recorded in Honduras and El Salvador. However, with COVID-19, these rates have gone up even further. With little money or opportunities, families hope that sending their kids to the USA might give them a better chance to escape the cycle of poverty.

The final driver that Central America has experienced in the last few years is linked with the climate crisis. Destructive back-to-back hurricanes have repeatedly struck this region. Their effects have been devastating, leaving many families in even deeper poverty with less food, less clean water, lower incomes and worsening health outcomes. According to the UN, many in the region will be forced to choose between starvation and migration.

With the rapid influx of UAC, the US government is struggling to manage all the new cases and provide the children with adequate care and housing. Although the system was far from perfect before the influx, now it is completely overwhelmed, which comes at the detriment of the minors.

While the US is not a signatory of the UN Convention of the Rights of a Child, policy and laws have been set over the years that form some protection around children. Nonetheless, unaccompanied kids as young as 7 years old can be placed in the CBP holding cells, although they cannot be kept there for longer than 72 hours. Afterwards, they will be transferred into the custody of the Department of Health and Human Services (HSS). However, due to the influx in UAC and the lack of preparation by the Biden administration, many children are kept in these holding pens for longer periods of times (up to 10 days), with some even being placed in facilities meant for adults or temporary influx shelters that are poorly equipped to provide care. There have been reports of children being kept in cages, sleeping on the floor, and not having adequate food, soap or even a toothbrush.

Once transferred to the HSS, UAC are placed in a shelter or detention center until it is determined where they can stay as their asylum case is carried out. These facilities often house hundreds or thousands of children, and are supposed to be licensed for the care of children. However, many of these facilities are completely overcrowded at the moment, leaving the HSS scrambling to find quick solutions that pose serious risks to a child’s wellbeing. Conditions vary in these emergency sites, but the reports are not promising. Over the last 2 years, migrant teens have reported mental health distress, inadequate services, and prolonged stays. Others have shared that they’ve been served undercooked food and have limited access to showers and outdoor recreation.

While some minors will remain in the HSS shelters for the duration of their asylum application, others might be placed in the federal foster system or will be placed in the custody of relatives/sponsors that live in the USA. Unfortunately, the federal foster system has already reached its maximum capacity and advocates have called for state-run foster care programs to step up. However, many states refuse to take in migrant children, even though the federal system would subsidize their care.

While sponsorship is ideal, with nearly 80% of UAC reuniting with relatives, there is very little oversight or assistance provided to sponsors once the child is in their care. Cases have come up that the minors were not enrolled in school programs, not properly cared for, and left without health insurance. The US government has a responsibility to ensure that the children have their basic rights met, including access to education, healthcare and security.

Unfortunately, the asylum process is still littered with injustices. Children face formidable challenges to prove their cases, often without legal help. Over the years, the denial rates for asylum and other forms of relief had steadily grown, although fortunately, under the Biden administration they have begun to marginally improve. Nonetheless in FY 2020, 66% of cases involving unaccompanied minors resulted in deportation orders. In FY2021, the rate further dropped, which analysts argue is due to the increase in the number of asylum seekers receiving legal representation. The Trafficking Victims Protection Reauthorization Act (TVPRA) has long argued that UAC receive legal support, and it is quite unbelievable to expect minors to navigate the complex, bureaucratic process of asylum by themselves. While improvements have been made with the Biden administration, more policies and laws need to be put in place, like legal representation, to ensure that UAC are cared for regardless of which administration is in power. 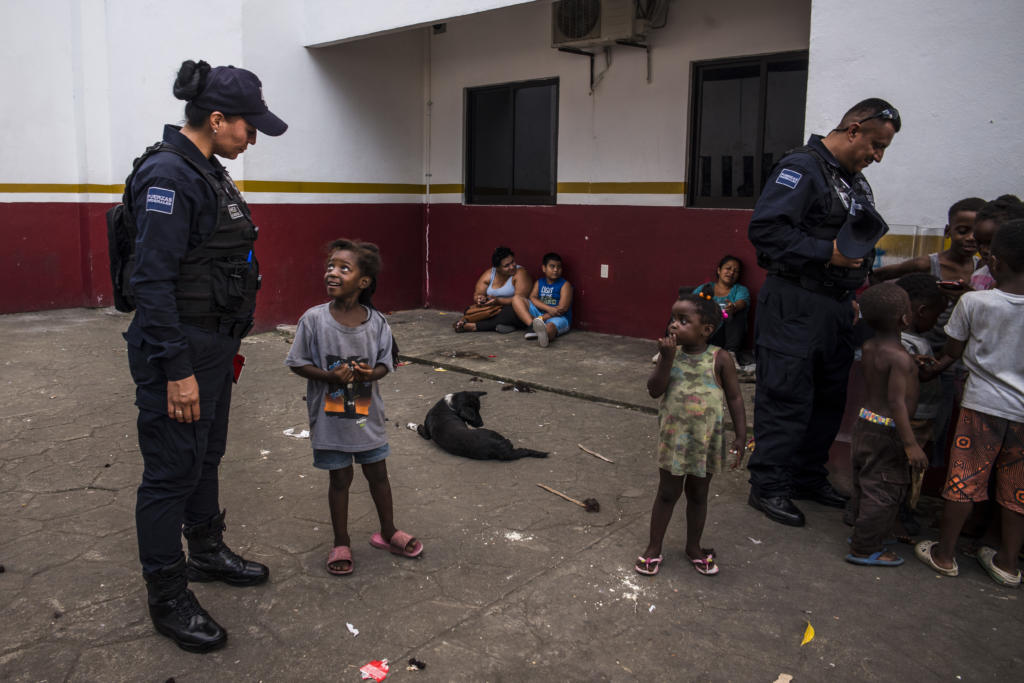 How can the USA do better?

The journey to the USA can already be incredibly traumatic for young children, who may have been exposed to violence and exploitation along the way. It is of the utmost importance that once they are put into U.S. custody, that further harm or trauma is prevented and that they receive care that they deserve. There are several parts of the U.S. immigration system that must be torn down and rebuilt.

The CBP first and foremost must be held accountable for their actions. Over the years there have been numerous reports of physical violence, corruption, and verbal abuse at the hands of border patrol agents towards migrants across all ages. There must be stronger vetting of agents and any reports of abuse must be dealt with immediately, removing the agent from the field while an investigation is carried out.

The U.S. government’s criminalization of entering or reentering the country without authorization has also led to a multitude of issues, including mass incarceration. The U.S. government jails more than 50,000 immigrants each day at a more than $3 billion annual cost to taxpayers. Mass detention centers, like the ones used for UAC, are incredibly expensive and riddled with corruption, abuse and neglect. Many investigations have repeatedly found evidence that detention centers are riddled with human rights abuses and should be phased out completely.

Experts argue that a community-based approach would be a much more progressive and cost-effective solution. Rather than spending billions on detention centers, the federal government could subsidize NGOs and community-led organizations to run safe, secure migrant programs. There already exists a broad array of community support services that can ensure that migrants receive the help they need on a variety of issues: legal, housing, transportation, social and medical services. In fact, Doctors of the World runs a border health clinic in collaboration with a local university and NGOs to provide essential health care to migrants.

At Doctors of the World, we have long fought for the rights of migrants, in the USA and abroad. Unaccompanied minors, as well as migrants of all ages, deserve better care than what they currently receive from the U.S. government. The current migration system is one that is fueled by fear and profit at the expense of migrants’ safety and wellbeing. Serious policy changes must be made to ensure that migrants rights are respected and that they receive a fair process in their court trial. Special care must be given to UACs, who are even more vulnerable to exploitation, abuse, and long-term trauma. It’s time that the USA drops its rhetoric against migrants, and recognizes them as human beings.

Children on the Run – Full Report
U.S. Detention of Child Migrants | Council on Foreign Relations
Nearly 130,000 unaccompanied migrant children entered the U.S. shelter system in 2022, a record – CBS News
This is what happens to child migrants found alone at the border, from the moment they cross into the US until age 18
U.S. shelters received a record 122,000 unaccompanied migrant children in 2021 – CBS News