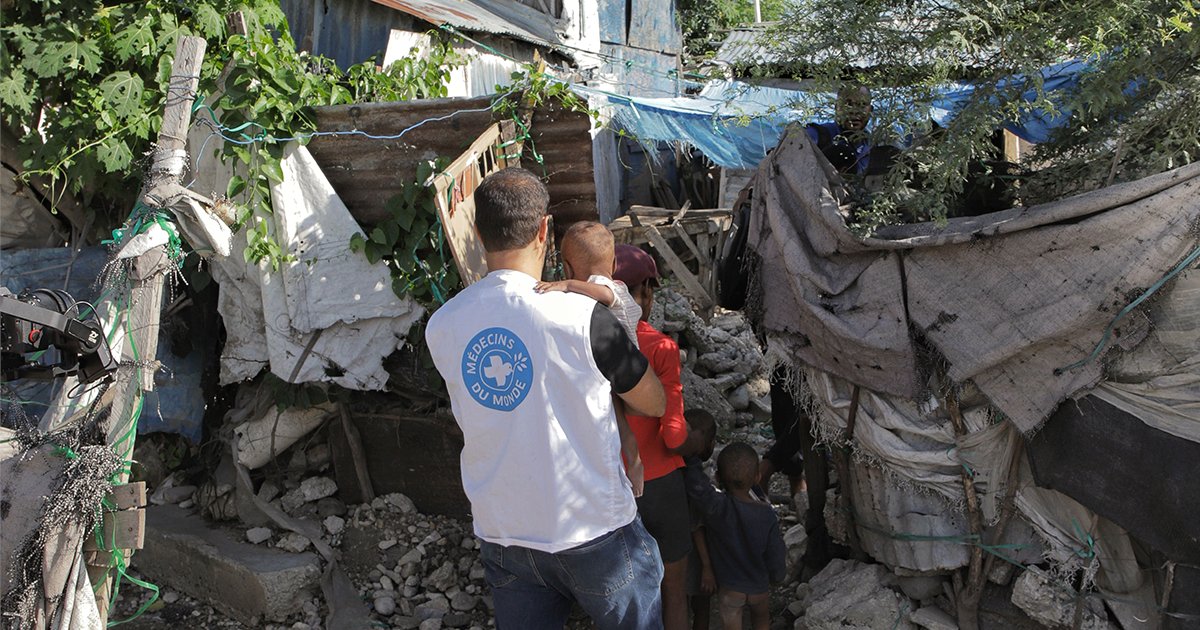 A 7.2 magnitude earthquake struck southwest Haiti at 8.30 a.m. local time on Saturday, August 14th. The epicenter was recorded 12 km northeast of Saint-Louis-du Sud, about 125 km west of the capital Port-au-Prince.

As I am writing to you, more than 1,400 people are dead and nearly 7,000 injured, numbers that will rise in the coming days. Thousands of buildings have collapsed, including hospitals, schools and churches, displacing thousands of people from their homes.  And to make matters worse, heavy rain and flooding from Tropical Storm Grace will further complicate the delivery of humanitarian aid to the hardest-hit southern part of the country, which is largely cut off from the rest of the country.

Doctors of the World is present and operational in the country, especially in the most heavily affected area in the south around Nippes, where we are supporting four hospitals. Our teams have been redoubling their efforts since Sunday to rescue and support the injured and to assist with recovery.  The population in this part of the country is especially vulnerable, having already experienced the devastation of Hurricane Matthew in 2016.

The greatest need right now is for psychological, medical, and material aid. The road ahead will be difficult. We hope that you will consider making a donation at this critical moment. Thank you for your support of our work.

Impact. Delivered to your inbox.