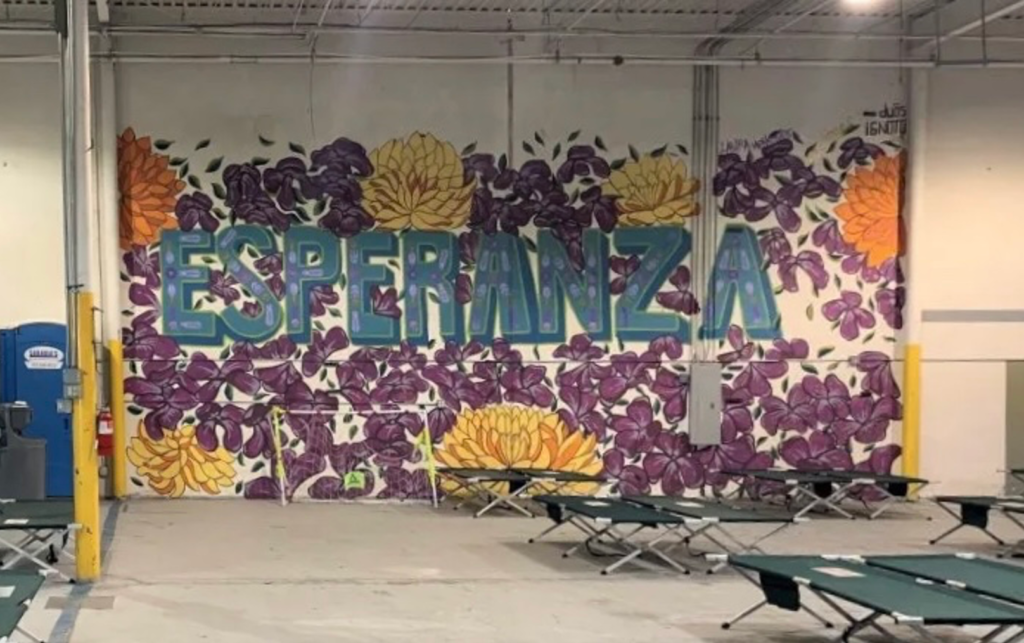 The city of El Paso has largely been shaped by immigration since it was first established in 1680 and has become a safe haven and fierce advocate for many immigrants that have arrived in the USA. It presents a steep contrast to the rest of the state of Texas, which has repeatedly pushed for harmful anti-immigrant policy.

But despite the city’s best efforts to provide care and support to all migrants that enter, El Paso finds itself overwhelmed and unable to manage the huge influx of migrants that have crossed the border in 2022.

In 2022, there has been a record-breaking surge in migration. This significant influx has even shaken the USA and especially Southern Border states. The surge can be related to a multitude of issues that add further complexity to this already growing crisis.

To begin, the lifting restrictions of COVID-19 has encouraged more to cross the border, as well as the ‘supposed’ termination of Title 42 on December 21, 2022. However, the Supreme Court decided to extend Title 42 just days before it was meant to end, despite the fact that this policy is in gross violation of international refugee law, as it facilitates discriminatory denials of access to asylum based on nationality and race. Furthermore, Title 42 allows border control to deport immigrants to Mexico or their home countries without verifying whether migrants would be safe to return. Many are forced into Juarez, one of the most dangerous cities in Mexico, especially for women where the rate of femicide has doubled in past years.

Title 42 is also being attributed to the huge influx of unaccompanied minors. Many families have sent their children alone across the border since Biden’s ruling that minors would be excluded from the policy in hopes that they might finally find safety across the border.

Despite the fact that Title 42 has been extended, many remain unaware or feel they have no choice but to try and cross the border as the circumstances at home are simply too precarious. The majority of migrants are coming from Venezuela, Ecuador, El Salvador, Haiti, Nicaragua, and Cuba. People are fleeing from oppressive governments, gang violence, poverty, and climate disasters. As a result, the US has seen a radical increase in immigration, with 2.76 million people crossing the border in 2022, breaking the previous annual record of more than 1 million.

El Paso is currently the busiest arrival point for unauthorized migration, with an average of 2,460 migrants arriving each day. Also, the El Paso Mayor Oscar Leeser says shelters in Juarez are full and believes that 20,000 migrants there are waiting to cross into El Paso. The city has made efforts to prepare for the influx, including setting up shelters to accommodate up to 10,000 migrants, but unfortunately it is simply impossible to manage the huge surge. The result is thousands stuck outside as the temperatures drop to freezing. In response, Mayor Oscar Leeser issued an emergency declaration on December 17, and has extended the declaration on December 24 to stay in effect for the next 30 days.

Through this declaration, the city has announced it will create an emergency operations center and implement emergency plans to protect the health, safety and welfare of the migrants and the community. The declaration also allows the city to make requests to the state for additional staffing to feed and house migrants, as well as request additional law enforcement and transportation to bus migrants to other parts of the country. To be clear, El Paso’s approach to busing migrants stands, once again, in stark comparison to Governor Greg Abbot’s approach. Abbot has bused migrants to Democratic-run cities with little to no warning, while El Paso has coordinated with organizations to ensure migrants are safely welcomed.

However, the aid that El Paso has provided encompasses solely those that have applied for asylum.  Hundreds of immigrants are unable to qualify for the city-run shelters without turning themselves over to the CBP to receive immigration paperwork. For many, this is simply not an option, especially with Title 42 still in effect. While some NGOs and churches have allowed those without paperwork to seek shelter, these are currently overcrowded.

The city of El Paso has demonstrated its compassion and resilience throughout this crisis. Civilians across the city are providing food, clothing and other necessities to migrants that are stuck outside. The local government has also stepped up, establishing emergency responses to manage the influx of migrants. NGOs and churches have also organized themselves to fill in the gaps where they can.

At Doctors of the World, we have established a border health center within El Paso that provides migrants with much needed medical care. ​​Our program aims to improve health outcomes of migrants and asylum seekers, advocate for better public health policies, and reduce burdens on local healthcare systems. “We want to make sure that people are treated with dignity and get the care they deserve,” highlights our program director Monica.

State busing migrants out of El Paso as shelters set up

US-Mexico border: After a long, hard journey many migrants end up stranded in El Paso

El Paso, Long an Immigrant Haven, Is Tested by Spike in Arrivals – The New York Times

Doctors of the World USA