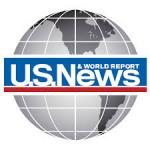 The emergency phase requires providing things for the community that are realities like clean water, food, temporary shelter, immediately followed by health services.

Doctors of the World In the News

Humanitarian Group Says Wear That Ebola Costume, But Donate For a Real One

Inside Edition (October 31, 2014 | NEW YORK) Wearing an Ebola suit this Halloween? Why not donate a real one as well? The year’s most controversial Halloween costume is about to become the year’s most meaningful Ebola donation device. Instead of judging people for wearing the controversial Ebola suit costume on Halloween this year, a leading humanitarian organization fighting Ebola in Sierra Leone and Liberia has decided to turn the issue into something positive. Watch interview with executive director Miranda Sissons.

Instead of Wearing an Ebola Costume, Donate One, New Campaign Says 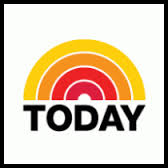 TODAY.com (October 31, 2014 | NEW YORK) A controversial ripped-from-the headlines Ebola Halloween costume may end up helping fight the spread of the deadly disease. The non-profit humanitarian group Doctors of the World has launched a “More Than a Costume” on-line and print campaign. Ads in outlets like the New York Times and Wall Street Journal feature an image of man in a hazmat suit carrying a trick-or-treating pumpkin. Read More. 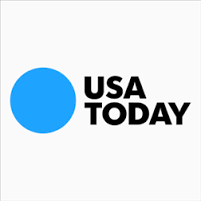 USA Today (October 31, 2014 | NEW YORK) So it comes as no surprise that, this year, the Ebola crisis has infected the imaginations of trick-or-treat consumers everywhere — with costumes ranging from the unsettlingly vivid decaying-corpse ensemble to the wildly popular white (or yellow) containment suits, complete with gas mask and rubber boots (which is, perhaps less about Ebola and more about an oversupply of last year’s “Breaking Bad” costumes). Read More.

AlterNet (October 29, 2014 | NEW YORK) What’s surprised us over the last year is that people’s needs run even deeper than we’d first thought. The majority of our patients—uninsured and undocumented residents—haven’t seen doctors for ten, twenty, even thirty years. They have layer upon layer of untreated conditions, from diabetes and high blood pressure, to asthma and obesity. Read More.

NY1 (September 26, 2014 | NEW YORK) Doctors of the World recently surveyed hundreds of Rockaway families about their healthcare and how it was affected after Hurricane Sandy. Watch Here.

GWToday (August 27, 2014 | WASHINGTON DC) Ron Waldman, a physician and professor in the Milken Institute School of Public Health’s Department of Global Health, worked for the Centers for Disease Control and Prevention for more than 20 years. An expert in infectious disease, he has coordinated emergency relief efforts in countries around the world. Read More.

NY1 (March 8, 2014 | NEW YORK) Humanitarian group Doctors of the World USA partnered up with Columbia University to survey Rockaway residents about what they want and need in terms of healthcare. Watch Here.

US News and World Report (January 6, 2014 | USA) Dr. Ron Waldman, President of the Board of Directors, is interviewed on health obstacles after a natural disaster. While the emergency phase immediately after disaster strikes focuses relief efforts on rescue and recovery, less immediate health conditions like mental and psychological issues begin to manifest in the redevelopment phase. Long-term, the health service infrastructure of disaster struck areas is typically the slowest to recover. Natural disasters may be fleeting, but the negative health consequences can persist for years. Read More.